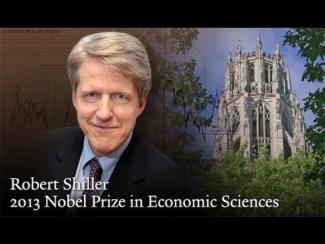 Yesterday (3/1/2017), on the heels of a well-received speech by President Trump to a joint session of Congress, the stock market once again reached record-high territory with the Dow smashing through 21,000 less than a month after breaking 20,000. So where do we go from here? As always, people who tell you they know are telling you a great deal about themselves and nothing about the actual future direction of the market.

By all appearances, the market has priced in a significant cut to corporate taxes as well as a rollback of regulations that are costly to business. However, even with Republican control of both chambers, it is by no means clear what the final product will look like. There is also an additional wild card of a possible global trade war that would adversely affect many companies that rely on foreign markets for their goods. It would also lead to higher prices for the imported goods that all of us have come to depend on to support our standard of living.

What can we learn from today’s valuations? Robert Shiller’s Cyclically-Adjusted Price-Earnings Ratio (based on the ten prior years of earnings) is now at the highest level since the bursting of the dot-com bubble in 2000-2002. It is only about 10% below where it was just prior to the crash of 1929 (29.4 vs. 32.5). In a recent CNBC appearance, Professor Shiller recommended that investors reduce (but not eliminate) their U.S. equity holdings. In the context of rebalancing, this would make sense.

Another interesting take comes from James Mackintosh’s “A New Way to Look at Crazy Valuations” from the 2/28/2017 Wall Street Journal. Focusing on the forward price/earnings ratio (which itself is a highly dubious measure in my opinion), Mackintosh notes that the inclusion of energy companies (most of which are forecast to lose money this year) causes the ratio to be about 10% higher than normal. He also reminds us that low interest rates tend to lead to higher valuations because the same future profits are worth more when discounted back to today.

The relationship between today’s very low interest rates and expected future equity returns should not be ignored. However, there is never a reason to think that the market has priced in a future negative return. At Clarity, our investment philosophy is that every day (starting from today) has the same expected return. Sitting out and waiting for days with higher expected returns is a fool’s errand. To answer the question asked in the title of this article, nobody knows. For the highly optimistic, a return to pre-2000 levels would mean an additional 50% growth in the Dow to over 31,000, not too far from the infamous and highly mocked Dow 36,000 that was published just prior to that crash. Interestingly, one of the authors (Kevin A. Hassett) appears to have been picked by President Trump to be the chairman of the White House Council of Economic Advisers. If so, we should expect to see market-friendly policies continue to emerge from this administration.