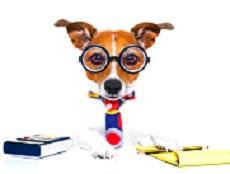 The DOL Fiduciary Rule – It’s On!

In a May 22ndWall Street Journal op-ed, Labor Department Secretary Alexander Acosta announced that the previously delayed fiduciary rule (requiring brokers and other advisors offering retirement investment advice to act in the best interest of their customers) would become effective on June 9th.

Citing the Administrative Procedure Act, Acosta essentially argued that, as much as they object to it, the administration’s hands are tied. He left open the possibility of future revision or even rescission of the Fiduciary Rule which, “as written may not align with President Trump’s deregulatory goals.” Acosta repeated the common criticism from the financial services industry that, “it would limit choice of investment advice, limit freedom of contract, and enforce these limits through new legal remedies that would likely be a boon to trial attorneys at the expense of investors.”

When we think back to the report produced under the prior administration stating that conflicted financial advice costs retirement savers about $17 billion annually, we at Clarity are inclined to support implementation of the Fiduciary Rule. As for the enrichment of trial lawyers, that already appears to be happening with the proliferation of lawsuits against sponsors and other providers to unnecessarily costly 401(k) plans.

If you would like to learn more about the benefits of having a true fiduciary advisor in your corner at a reasonable cost, please call us at 800-345-4635.