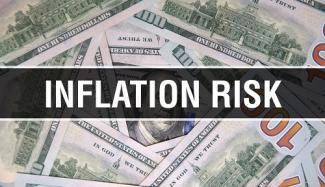 A Few More Words on Inflation

As the rebound from the pandemic continues, the May inflation numbers came in higher than expected. Based on the consumer-price index (CPI), prices are up 5% over a year ago, the largest increase since August 2008. Excluding food and energy, the yearly increase is 3.8%, the largest since June 1992. Some highly noticeable areas of price increases include used cars, hotel stays, and airline tickets. However, many of these categories were depressed during the pandemic, so prices can be viewed as simply returning to normative levels with some notable exceptions like lumber and housing prices. A word that is consistently used by the Federal Reserve is “transitory” which implies they have no immediate plans to combat inflation by raising interest rates or tapering down quantitative easing (purchasing bonds from banks to increase the money supply). However, Fed Chairman Jerome Powell announced today that we should expect to see increases in the benchmark short-term borrowing rate to commence in 2023 instead of 2024.

While we do not consider ourselves smarter than the governors of the Federal Reserve and we certainly have no intention of fighting the Fed, we believe it is worthwhile to consider the characteristics of the most well-known historical period when we experienced prolonged inflation, the nine years from the beginning of 1973 through the end of 1981. During this time, inflation (measured by CPI) averaged 9.2% annually, which means the purchasing power of a dollar declined by 55%.

The first lesson we learn from looking at this data is that inflation has the property of persistence (i.e., a month of high inflation is likely to be followed by another month of high inflation). Anecdotally, we know that when workers see higher prices, they demand higher wages which contribute to even higher prices and so on. We also experienced persistent inflation in the postwar period of 1946-7 which saw tremendous pent-up demand similar to today.

How did different investments perform during the 1973-81 period? Gold, of course, did great, but we do not consider gold to be an investment because it has no basis for an expected return—it’s just a metal, and don’t even ask us about cryptocurrencies. U.S. stocks experienced a bear market in 1973-4 followed by a recovery, and although their return was positive (about 6% annualized), they still lagged inflation by about 3%. International stocks had similar performance. If we break down U.S. stocks between growth and value, we see a substantial difference in annualized returns (value beat growth by about 11%). The mathematical reason for poor growth stock performance is that more of their anticipated profits occur in the distant future, so their values are more heavily impacted by an increase in longer-term interest rates which inevitably occurs with persistent high inflation. This also explains why short-term bonds outpaced long-term bonds.