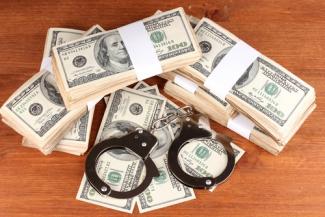 A Reminder that Nobody is Immune from Financial Fraud

Today, the Securities and Exchange Commission (SEC) announced that it has filed charges against and frozen the assets of San Diego-based ANI Development LLC and its principal, Gina Champion-Cain, as well as an unnamed relief defendant for operating a $300 million scheme that defrauded approximately 50 individual investors. That’s $6 million per investor, meaning that many, if not most or all of them, fall into the category of “accredited investors.”  Unless they are very high net worth, you can bet those 50 people are in tremendous pain.

As for Ms. Champion-Cain, a quick Google search suggests that she was a respected member of the San Diego business community. Just this past April, the San Diego Business Journal named her one of the 500 Most Influential Business Leaders, describing her as owning and operating numerous full-service restaurants, apartment buildings, and a gourmet food store. Additionally, she was featured on the cover of San Diego Woman as one of 2013’s Women of Distinction. The title is still applicable but not quite in the way they imagined it.

According to the press release, beginning in 2012, the defendants raised funds from investors by claiming to offer them an opportunity to make short-term, high-interest loans to parties seeking to acquire California alcohol licenses. However, the SEC asserts that instead of lending the money to liquor license applicants, Cain directed funds to the relief defendant that she controlled. It is not yet clear what level of recovery the victims can expect. It is also worth noting that the press release did not use the term “Ponzi scheme” because while all Ponzi schemes are frauds, not all frauds are Ponzi schemes. However, it’s difficult to imagine that the early investors were not paid with some of the funds provided by later investors, the hallmark of a Ponzi scheme.

While Cain is the last person we would ever praise, it is no small feat to keep a massive fraud going for 7 years. Perhaps her MBA from the University of San Diego was helpful in that regard. Amazingly, they still have a biographical profile of her on their Website as a member of their Policy Advisory Board as of this writing (Note: Cain resigned from the board and her profile was removed as of 8/30/2019).

The primary lesson we draw from this egregious fraud (as the SEC describes it) is that anybody, no matter how financially successful, can become a victim. We certainly saw that with Madoff. It’s easy to imagine how a prominent (and no doubt charming) member of the business community can persuade people to invest. The power of the appearance of success simply cannot be overstated. And as always, when something sounds too good to be true, you should not just walk away but run as fast as you can.

Learn more about fee-only, fiduciary investment management and financial planning from Clarity Capital Advisors by calling us at 800-345-4635 or emailing us at advisors@clarityca.com.