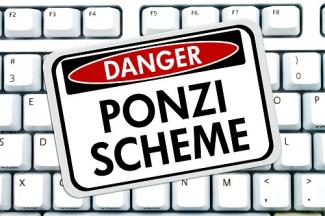 The SEC Levels Charges in a Massive Fraud Scheme

When we saw this press release from the Securities and Exchange Commission, we did a double take because frauds are usually measured in the millions, but this one came in at $1.7 billion, covering 17,000 investors (averaging out to $100,000 apiece). In perusing this Wikipedia list of Ponzi schemes, we found just three US-based frauds of greater magnitude.

The SEC charged David Gentile, Jerry Schneider, and Jeffrey Lash with deceiving investors in a “Ponzi-like” scheme that raised over $1.7 billion from “accredited investors” who purchased securities issued by a New York-based financial firm, GPB Capital. They promised investors an 8% annual distribution that would be paid from the profits of GPB Capital’s portfolio companies (car dealerships). In reality, the 8% came largely from the investor’s own capital, and they falsified financial statements to conceal this while siphoning about $40 million in fees and other perks such as private jet travel and a $355,000 Ferrari.

As stated by Richard Best, Director of the SEC’s New York Regional Office, “This action shows our continued pursuit of those who deceive investors and conceal their misconduct to reap profits for themselves.” If convicted, the defendants are looking at up to 20 years in prison. Perhaps they will join Bernie Madoff in Butner, NC.

In one important way, the GPB scam resembles the granddaddy of all Ponzi schemes, Madoff Securities. Like Madoff, the promised 8% return was not completely outlandish compared to other Ponzi schemes that typically promise 20% or higher, but the idea that the 8% would be a stable and low-risk return was untenable. Keeping the promised return somewhat modest allowed the scheme to continue for more than four years before a whistleblower who faced retaliation came forward. Sadly, about 25% of GPB’s victims were senior citizens who were seeking retirement income but instead lost retirement savings.

What are the lessons we can learn from this unfortunate situation?

First, as always, if an investment sounds too good to be true, it almost certainly is. There is no excess return without excess risk.

Second, most of us should steer clear of unregistered investments, as there is simply too much potential for shenanigans to occur.

Third, wise investors should avoid investments where the costs and compensation structures are opaque.

Fourth, investors can mitigate the risk of encountering these fraudulent situations by limiting themselves to securities that are held with a reputable custodian such as Charles Schwab, TD Ameritrade, Fidelity, etc.

In closing, all of us would do well to heed the advice of the Oracle of Omaha (Warren Buffett) who said, “I never invest in anything that I don’t understand.”