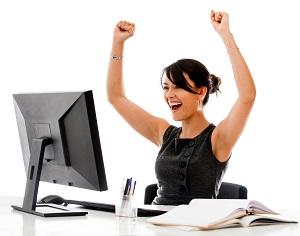 The dominant news story of the first quarter 2017 was the inauguration of Donald Trump as our new president. Overall, the market continued its strong showing that began after the election, but in a reversal of the last two months of the year, the best-performing segment was large growth while the worst-performing was small value. The table below shows quarterly returns for some DFA funds that we consider to be reasonable proxies for different market segments.

While it may have been initially expected that corporate tax cuts and deregulation (especially of the financial services industry) would sail through a Republican Congress, the failure of the proposed Republican health care bill casts a measure of doubt on these prospects. As this CNBC article indicates, it is now unlikely that the White House will meet the August deadline for tax reform set by Treasury Secretary Steve Mnuchin.

Among the global asset classes, the star-performer was emerging markets. The DFA Core Emerging Markets Portfolio (DFCEX) gained 13.68%. International Developed Markets, as represented by DFA International Core Equity Portfolio (DFIEX), also turned in excellent performance with a gain of 7.53%. These numbers are partially explained by a slight weakening of the dollar.

As expected, the Federal Reserve raised its targeted Federal Funds rate by 0.25% and signaled further increases for this year. Bonds held up nicely. The DFA Investment Grade Bond Portfolio (DFAPX) which includes government bonds and corporates in both short-term and intermediate term maturities gained 1.09%. Inflation-protected bonds (represented by DIPSX, the DFA Inflation-Protected Securities Portfolio) did a little better at 1.50%. For the first two months of 2017, inflation (as measured by the increase in CPI) was 0.9% compared to 0.25% for the same period in 2016. We do not consider this to be a reason for concern, but we will definitely keep an eye on future CPI changes.

There can be no doubt that we now live in interesting times. As always, we advise our clients to stay the course and avoid selling out based on speculation about future political or economic developments.