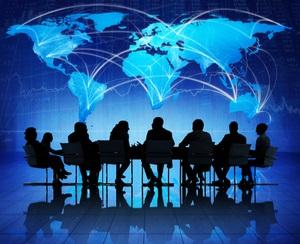 Summary of 1Q/2019: A Nice Recovery and a Yield Curve Inversion

The first quarter started off with a bang with the best January since 1987 for the S&P 500 and the best quarter in nearly a decade. Overall, stocks in the first quarter clawed back most of their losses from the fourth quarter of 2018. The numbers remind us that losses count more strongly than gains on a percentage basis. For example, US Small Growth, the best performing segment of US equities in the first quarter, had a return slightly above its prior quarter loss, but its overall return for the six-month period remains at -3.6%.

The most likely explanation for the first quarter gain is the apparent move by the Federal Reserve from a restrictive to an accommodative monetary policy. One salient lesson of the first 25 days of January is that Mr. Market simply does not care about gridlock and government shutdowns. Unfortunately, this hypothesis will be tested with higher consequences later this year when the Treasury debt ceiling limit will be reached.

Both International developed and emerging market companies recorded double-digit gains, despite a slowdown of growth in the Eurozone and subpar results of trade talks with China. Real estate also turned in a great quarter, partly reflecting a drop in long-term interest rates which explains regular and inflation-protected bonds delivering higher-than-normal quarterly gains.

Naturally, the dominant political story of the quarter was the completion of the Mueller report and President Trump’s delight with what has been revealed of it by Attorney General Bob Barr. One may argue that political risk (a risk we usually associate with emerging markets) is now lower.  As expected, the Democrat-controlled House is proving itself to be a thorn in Trump’s side in terms of both legislation and investigation. As of now, impeachment appears to be off the table, as the prediction markets (predictit.com) currently assign it only a 13% probability.

The Federal Reserve maintained the federal funds rate at 2.5% and a recent Reuters poll of economists showed a majority expecting no further changes for 2019. The Fed Funds futures market (a far more reliable indicator) assigns a 70% probability to at least one rate cut in 2019. This brings us to the most interesting part of the story on interest rates. On Friday, March 22nd, the yield curve officially inverted with the 10-year yield lower than the 3-month.

Does this yield curve inversion predict a recession? James Mackintosh of the Wall Street Journal (3/25/2019) helps us to answer that question with a definite maybe. While it is true that the yield curve has inverted before each of the last seven recessions, it has also inverted twice (most recently in 1998) without a subsequent recession. Mackintosh also points out that even when the yield curve provides a correct warning of recession it says little about the timing. It could be anywhere from a few months to a few years.

To be clear, investors should avoid the temptation to make a drastic change to their asset allocation, including a move from longer-term to shorter-term bonds. Nobody can say authoritatively that a 1-year Treasury yielding 2.40% is a more prudent investment than the 10-year Treasury yielding 2.41%, especially for an investor with a long-term time horizon who must consider reinvestment risk as well as interest rate risk.

The table below summarizes the estimated returns for various asset classes based on the performance of Vanguard index funds. Please note that they do not represent the returns of the funds or portfolios utilized by Clarity Capital Advisors.

In a reversal of the prior quarter, growth beat value thanks in part to the information technology sector (up 20.6% based on VITAX).

The US economy still appears to be operating at full employment. With the 10-year breakeven inflation rate now holding around 1.9%, unexpected inflation appears to be less of a concern. Similar to stocks, crude oil prices bounced up by 28%, and the US energy sector climbed alongside it (up 15.1% based on VGELX).

One amusing aspect of the first quarter gain is that the 2019 forecasted gain for most of the pundits has already been exceeded. Of course, this does not mean that they are now expecting a drop for the remaining three quarters. As for us, every day going forward has the same expected return, and as long as markets are functioning normally, it is positive. Once again, our advice, as always, is to be invested and stay invested at an appropriate risk level, and by appropriate, we mean an asset allocation to meet your goals and you will hold through all different types of markets.