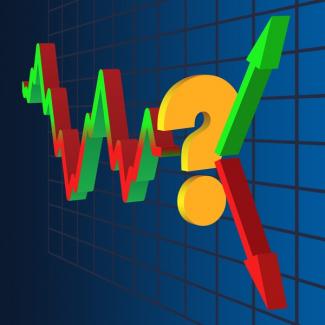 Despite some alarming events we will discuss below, the third quarter remained positive for US large companies and investment-grade bonds while turning negative for US small caps, international developed, and emerging markets. The top-performing segments of the US equity market were utilities and real estate investment trusts which benefitted from the drop in long-term interest rates. Although it’s not quite over yet, this decade is still shaping up to be a reversal of the “lost decade” of the 2000s where the S&P 500 Index underperformed small cap and value segments of the US market as well as the foreign equity markets.

The first story we will address is the increasing likelihood of a House vote to impeach President Trump in the wake of the story about the whistleblower complaint concerning his phone call with the president of Ukraine. At this time, we consider it quite unlikely that the Senate would vote to remove Trump from office, and as of now, we do not expect a substantial impact on the financial markets from this developing story. On the Democratic side, the prediction markets (predictit.org on 10/2/19) are now showing a 51% probability for Elizabeth Warren capturing the nomination compared to 24% for Joe Biden and 6% for Bernie Sanders who reported significant health issues today.

The next story, perhaps of greater concern for the financial markets, is the increasing tension in the Persian Gulf, culminating in the 9/14 drone attack in Saudi Arabia, temporarily taking 50% of their oil production capacity offline. Both the US and Saudi Arabia are unequivocally blaming Iran, but it’s unclear whether there will be retaliatory action other than the increased economic sanctions announced by President Trump who has already shown a reluctance to engage Iran militarily. Although crude oil prices did temporarily spike, they have since come back down and are relatively unchanged for the quarter.

Unsurprisingly, trade tensions with China heated up yet again, strongly contributing to the 7% drop in the US market during the first two weeks of August. China halted and later resumed purchase of US agricultural goods. The Trump administration has threatened to delist Chinese companies trading on the US stock exchanges. Meanwhile, the situation in Hong Kong appears to be deteriorating rapidly with an escalation of violence.

The Federal Reserve lowered the Federal Funds Rate by a half of a percentage point, and it pumped several hundred billion dollars into the financial system though its rescue of the troubled repo (overnight lending between banks) market. For better or worse, it’s facing unrelenting Twitter pressure from President Trump to lower rates much more aggressively, including a resumption of Quantitative Easing to bring down longer-term Treasury rates. President Trump has spoken enviously of countries that “get paid to borrow money.” The 10-year Treasury began the quarter at 2.0%, dropped as low as 1.47%, and rebounded to 1.68%. With the 3-month rate at 1.88%, we still have an inverted yield curve, and there has also been a decline in the ISM US manufacturing purchasing managers’ index to its lowest level since June 2009. To be clear, we strongly advise against changing asset allocations based on the anticipation of a recession. Our view is reinforced by research from Dimensional Fund Advisors who published an article in 2018 showing that yield curve inversions are not a reliable indicator of future stock market downturns, based on data from five countries.

On the fiscal side, one unexpected and pleasing development was the ease with which Congress and the White House reached an agreement to avoid a debt ceiling limit fiasco. Perhaps both sides were looking to keep their powder dry until we get closer to the 2020 election.

In the face of a strengthening dollar, International developed and emerging markets suffered negative returns, with Chinese companies being especially hard hit.

The table below summarizes the estimated returns for various asset classes based on the performance of Vanguard index funds. Please note that they do not necessarily represent the returns of the funds or portfolios utilized by Clarity Capital Advisors.

With the 10-year breakeven inflation rate now holding around 1.5%, unexpected inflation has become less of a concern compared to the prior quarter.

We wish all our clients and retirement plan participants a healthy and prosperous fourth quarter and all subsequent quarters.