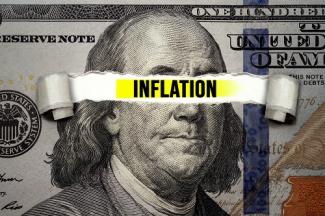 The early 1980s are often thought of as the golden age of bond investing. Imagine securing a guaranteed return of 14% by buying and holding to maturity a 5-Year Treasury Note. Indeed, if you had bought the 5-Year on 6/1/1981 with a 14% yield and held it for one year when it ended with about the same yield, you would have made about a 16% return on your investment (the extra 2% was from rolling down the yield curve). Today, we dare not even dream of getting such a return, even from the riskiest of bonds, so perhaps we should accept that bonds are dead as an asset class and move on. Not so fast! Let’s dig a little deeper into that 16% return.

In 1982, a high-income investor faced a 50% federal tax rate (having just been lowered from 70%). After Uncle Sam received his share, our return is down to 8%. Next, inflation during that 1-year period (based on CPI) was about 7%, bringing the real return down to about 1%, certainly nothing to write home about. This example illustrates two of the investor’s worst enemies (aside from himself), taxes and inflation, and both are very much in the news lately.

Regarding taxes, there are several proposals from President Biden that will impact (or perhaps already have impacted via their anticipated passage) investors. First, raising the corporate tax rate from the current 21% to 28% essentially changes the breakdown of claims on corporate profits between investors and the federal government. The share of profits belonging to investors (and non-federal taxing authorities) would decrease from 79% to 72% (a 9% drop—based on the ratio, not the difference). Before you dismiss this back-of-the-envelope calculation, please bear in mind that it fully explains the 19.4% increase in the S&P 500 Index in 2017 when the approximate investor share of profits increased from 65% to 79% due to the Tax Cut and Jobs Act.

Another significant proposal is raising the top capital gains tax rate from 20% to 39.6% for people making more than $1 million. Including the existing 3.8% surtax on investment income would bring it to 43.4%. After state taxes, the average rate would be a little under 50%. Assuming it would not be made retroactive (which we consider to be a low probability event), many investors would face an incentive to take gains sooner rather than later. This could place downward pressure on asset prices, especially if there is no longer a step-up in basis at death (also proposed).

Regarding inflation, at the annual Berkshire Hathaway shareholder meeting on May 1, Warren Buffett said, “We are seeing very substantial inflation. We are raising prices. People are raising prices to us and it’s being accepted.” There are several contributing factors aside from fiscal and monetary policy such as accelerating demand and supply chain issues. One problem with wide-ranging repercussions is the computer chip shortage. We are seeing higher prices in both commodities like lumber and finished goods like appliances and automobiles. A recent statement from Federal Reserve Chairman Jerome Powell indicates that the Fed does not see high persistent future inflation as a significant possibility due to slack in the labor market.

Investors should be careful to distinguish between inflation that has already occurred and expected future inflation. The bond market provides us with a measure of the latter as the yield difference between non-inflation-protected and inflation-protected Treasury bonds. Based on yields as of 5/3/2021, expected inflation (based on CPI) is about 2.6% for five years and 2.4% for ten years. Note that these are upper bounds because they include a small risk premium. While these numbers are higher than they were at the beginning of the year (around 2%), they are certainly not catastrophically high and do not warrant drastic portfolio changes. One change that may make sense for some investors is an increased allocation to inflation-protected bonds.

If you would like to discuss taxes, inflation, or any other investment/financial planning related item, please do not hesitate to reach out to us.