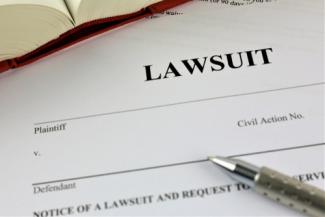 Is Your Company Vulnerable to a 401k Lawsuit?

The above question is worth asking for three reasons. First, lawsuits inspired by subpar 401k plans are on the rise. Second, defending against a 401k lawsuit can be very expensive and time-consuming. Third, this type of litigation is almost 100% avoidable. Aside from monetary damages, there exists a distinct possibility of reputational harm from being perceived as an employer that fails to act in the best interest of employees.

To understand whether there is a potential lawsuit threat to your company, it’s worthwhile to review some recent cases working their way through the courts.

First, CHS/Community Health Systems Inc. of Franklin, TN and its record keeper, Principal Financial Group, are the defendants in a class action lawsuit filed by a group of 401k participants who allege that both entities breached their fiduciary duties in offering Principal’s index funds in the $3.3 billion plan. The funds were characterized in the filing as “excessively expensive and poorly performing.” The lawsuit alleges that Principal had a conflict of interest in offering its proprietary index funds “despite fees that were several times higher than marketplace alternatives that tracked the exact same index.” The level of damages sought is unspecified, but the complaint makes clear that it’s well into the millions. 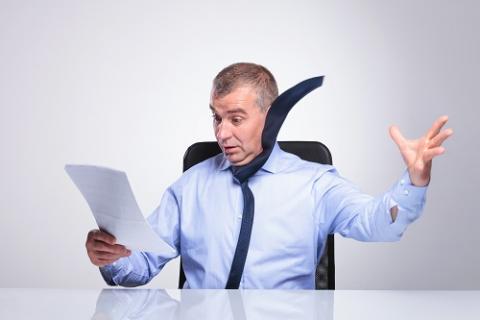 We went to the trouble of researching one example, the Principal Large Cap S&P 500 Index R4 (PLFSX) with an expense ratio of 0.53%. If we compare this to the Vanguard 500 Index Fund Admiral Shares (VFIAX) with a 0.04% expense ratio, we see that the value of “several times” is a bit over 13 times. Unsurprisingly, the expense ratio difference is almost exactly reflected in the 15-year annualized returns as of 9/11/2019: PLFSX obtained 8.42% compared to 8.94% for VFIAX, according to Morningstar. Based on a $100,000 starting value, VFIAX would have delivered a $25,000 higher ending value. That’s at least a couple of really nice vacations.

Now let’s move on to Walgreens which is being sued for $300 million by a group of its 401k plan participants who allege a breach of fiduciary duties resulting from its failure to remove the poorly performing Northern Trust target retirement date funds from the $10 billion plan. Northern Trust serves as the trustee for the plan, indicating a potential conflict of interest. As stated in the complaint, “A reasonable investigation by the Walgreen defendants would have revealed the funds chronic underperformance and prompted Walgreen to remove and replace them with superior options.”

At this point, you may be starting to think that only multibillion-dollar plans are vulnerable because they’re the ones that generate large enough settlements to be of interest to the attorneys. Well, you would be wrong. Greystar, a property management firm whose plan had assets of $189 million as of 12/31/2017, is facing a class action lawsuit alleging a breach of fiduciary duty allowing excessive administrative and investment fees to be charged to plan participants. The complaint states that for the years between 2013 and 2017, the administrative fees charged to plan participants exceeded 90% of peer plans, whether calculated on a per participant or percentage of assets basis. The lawsuit further alleges that the fees for the plan’s investment options were up to three times more expensive than available alternatives in the same investment style. We easily found one example in the Columbia Mid Cap Index A Fund (NTIAX) with a 0.45% expense ratio. A comparable fund that could have been offered instead is the Vanguard Mid Cap Index Fund Admiral Shares (VIMAX) with a 0.05% expense ratio. Naturally, the difference between the 15-year annualized returns is about equal to the difference in expense ratios (10.07% for VIMAX and 9.54% for NTIAX as of 9/11/2019 according to Morningstar). Of the 0.45% NTIAX expense ratio, 0.25% is a 12b-1 fee whose purpose is to provide indirect compensation to plan providers at the expense of plan participants.

Needless to say, we could have provided many other examples of ongoing litigation as well as large settlements paid out over the last decade (e.g., Walmart, Boeing, Lockheed Martin), but we believe the point has been sufficiently made.

The lessons for minimizing litigation risk are fairly simple and straightforward. First, avoid high-cost investment options, especially those with 12b-1 fees. This will require you to be highly aware of different share classes. For example, the Principal Large Cap S&P 500 Index has at least nine of them, all with different expense structures. Additionally, there are often "separate account" or "collective investment trust" versions of mutual funds used in 401k plans, and it's important to know how their costs compare to the available mutual fund share classes. Second, only use providers (record keeper, third party administrator, advisor, and custodian) whose fees are reasonable in light of the services provided. This may require performance of regular due diligence of the providers using a prudent process. Third, if utilizing an ERISA 3(38) investment manager or an ERISA 3(21) investment advisor, verify that they are selecting and monitoring funds in accordance with a fiduciary standard.

One final takeaway is that if someone is offering or currently providing your company with a “free” 401k plan, you can be certain it’s anything but free and is likely costing your employees a significant chunk of their future retirement. This is even more true for group annuity plans. If you would like to learn more about low-cost flat-fee 401(k) plans using Vanguard and other low-cost funds, please call us at 800-345-4635 or email us at advisors@clarityca.com.