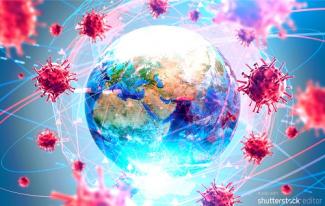 COVID-19 and the Return of ZIRP

According to the legendary investor Sir John Templeton, the four most dangerous words of investing are, “This time is different.” The context in which this assertion is made is a major (usually calamitous) event where there is an irresistible temptation to assume that the global equity markets will never recover. You would be forgiven for thinking that a pandemic requiring a stay-at-home order for most of the world’s population qualifies as just such an event. With each passing week of new unemployment claims, the volume of talk about a depression gets progressively louder.

The response of the federal government has been highly aggressive on both the fiscal and monetary front. David Kelly, the chief global strategist of JPMorgan’s asset management unit, projects an “astonishing” $3.8 trillion deficit for this fiscal year and an overall debt level of 109% of gross domestic product—surpassing the record 108% of GDP in 1946 when the U.S. shouldered the “extraordinary costs” of World War II. Make no mistake—we are fighting a war, but as Bill Gates said, this time it is all countries against a single enemy.

The monetary response of the Federal Reserve has been similar to the 2008 Global Financial Crisis in its return to a Zero Interest Rate Policy (ZIRP) yet different in the much broader scope and magnitude ($2.3 trillion so far) of its new version of Quantitative Easing. Not only has the Fed opted to be the buyer-of-last resort for both corporate and municipal debt (an unprecedented move), it is even lending money to small- and medium-sized businesses. Here is an excellent Forbes article explaining why perhaps this time is different.

A natural question to ask is whether all this money being pumped into the economy will eventually lead to inflation? Our answer is that with the exception of special situations where demand is far outstripping supply (think toilet paper a few weeks ago or perhaps beef a few weeks from now), inflation overall is not a near-term concern. However, one important unknown that concerns all of us is next year’s health insurance premiums.

So what does the brave new ultra-low interest rate world hold for investors? Rather than try to answer that question ourselves (truly, no single person should think he has the ability to do that), we will look to the newly issued “Market Perspectives” from Vanguard which is based on the Vanguard Capital Markets Model using data as of 3/31/2020. Their preliminary 10-year projection has U.S. Equities earning 4.8% to 7.8%. Non-U.S. equities are projected to earn 8.3% to 11.3%. While it may be tempting to swap all your U.S. equities into foreign equities, it is important to bear in mind that the reason projected foreign equity returns are so much higher is because their actual returns have been so much lower for the last decade. Essentially, the Vanguard model is assuming an eventual reversion to the mean, but as always, it’s impossible to ascertain the timing of it. For U.S. investment-grade bonds, the projected 10-year returns are 1.0% to 2.0%, with Treasuries earning 0.4% to 1.4%. While disappointing, these numbers make perfect sense when we are looking at a 10-year Treasury yield of 0.63% as of this writing. Are negative interest rates possible? We certainly cannot rule it out.

Regarding the eventual reopening of the global economy, Vanguard assigns a 60% probability to the shelter in place and social distancing orders being lifted by June 30, which would imply positive economic growth beginning in the third quarter. A more pessimistic scenario (30% probability) has those restrictive measures continuing through the third quarter. The dire scenario (10% probability) has the lockdown in place for the remainder of 2020, which of course means well into 2021. Needless to say, supply chains and the financial markets would be “extensively impacted.”

As far as what you should do as an investor, we would say the same things that we have been doing for our clients—rebalancing, tax loss harvesting, and Roth conversions where appropriate. Perhaps more important is what you should avoid doing which is panicking and making emotion-based decisions.