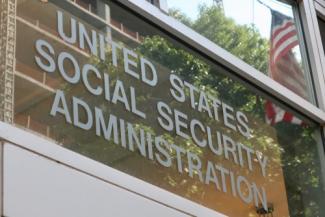 The Current Outlook for Social Security and Medicare

According to the latest Social Security Trustees annual report, next year (2020) will be a milestone year, but not in a good way. Specifically, it will be the first year in decades where the cost of benefits paid exceeds the income earned (including interest on Treasury bonds) by the Social Security trust fund. This does not mean that benefits will be reduced because the fund holds about $3 trillion in reserves (no, they are not an accounting fiction but actual Treasury bonds). If nothing is done, the fund is projected to be depleted by 2034, and benefits would only be paid from current payroll taxes collected, causing about a 24% reduction. Obviously, nobody would be happy about this, so there is a very strong incentive for our politicians to fix it, as they did in 1983. As for Medicare, the Hospital Insurance (Part A) fund will be depleted in 2026.The primary reason we are in this fix is, of course, demography; the baby boomers are retiring at a rate of 10,000 per day.

So what does an eventual fix look like? It will probably consist of a combination of a payroll tax increase (perhaps raising the current wage base of $132,900 along with an increase in the tax rate) and a gradual increase in both the Social Security full retirement age (currently 67 for those born in 1960 or later) and the Medicare eligibility age (currently 65). It could also include stiffer penalties for claiming benefits early and possibly a different methodology for calculating the annual adjustment for the increase in the cost of living, although the current methodology is not exactly generous (the 2020 increase will be 1.6%). If a fix is not put into place before reserves are depleted, then Social Security will likely be granted full borrowing power from the Treasury, as it was in 1983.

Our lawmakers (and President) would do well to listen to the trustees report which admonishes them to “address these financial challenges as soon as possible.” The one thing we can be certain of is that the longer we delay, the more painful the remedy will be. If you’re approaching retirement, the decision of when to take Social Security benefits is an important one. As of now, we do not advise anyone to take benefits early in anticipation of depletion of the trust fund. Lastly, if you have not received or obtained a copy of your Social Security benefits in the last year, we recommend you retrieve it from ssa.gov. If you would like to discuss this topic further, please do not hesitate to contact us.